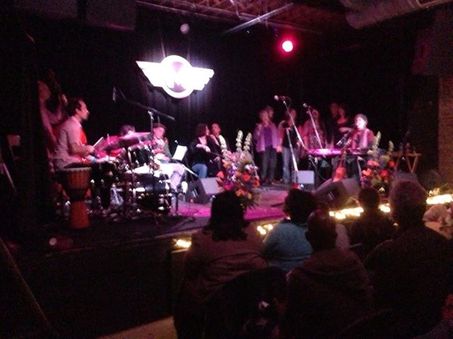 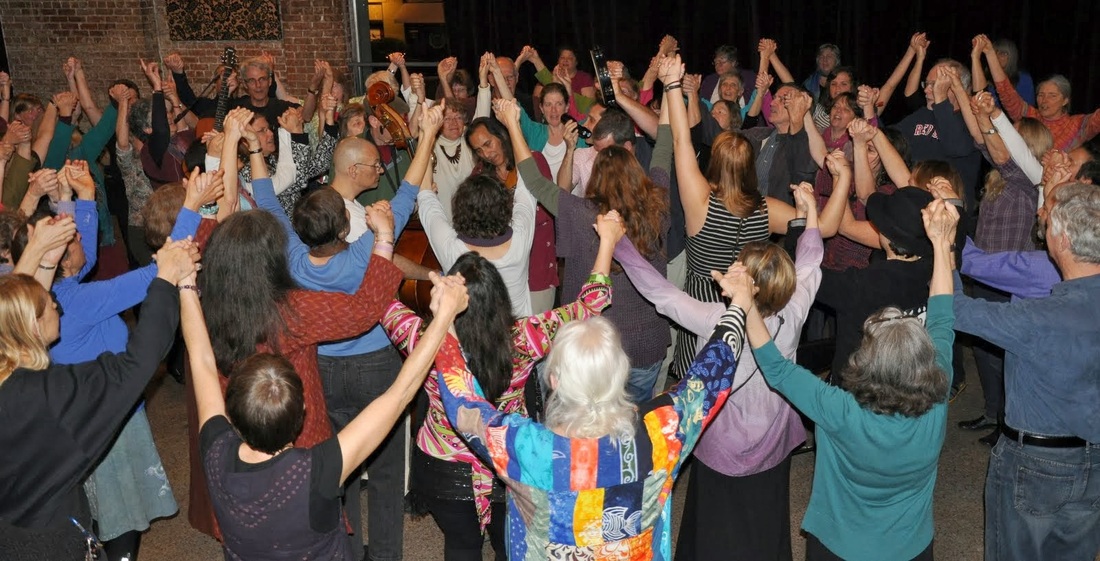 Namaste Y'all, and Thank You So Much! 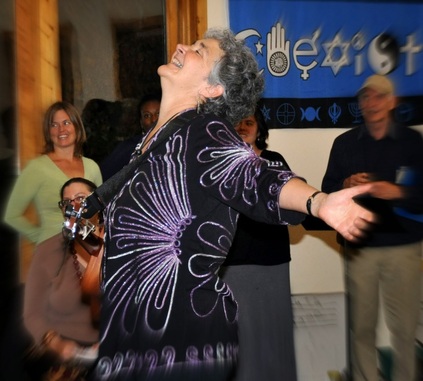 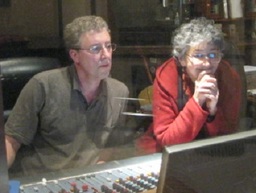 Jerry Brown and I mixed and mastered the CD in September and October 2012. All 17 songs are finished, and I still love them after listening to them over and over again in this final phase.  I hope they will bring joy to you as they do to me.

Now all that remains are the graphics and pressing the CD's. This spring we'll rehearse for a CD release concert at Motorco on November 9th, 2013!

I have so enjoyed and have learned a great deal working with Jerry and I've heard nothing but praise for Jerry from the 30 or so people who sang and played on this album. He is able to pay attention to zillions of details at once, all the time having fun conversations with whoever is in the sound booth and somehow doing an excellent job of recording and mastering while he's at it.

Thank you Jerry for two years of a really really good time!

Transportation!
One day in the fall I had some back trouble and in order to keep the project rolling, Lisa Means offered to give me a ride to the studio.  Here she is that day, evidently happy to be helping out.  I want to say thanks so much to Lisa and so many other friends who helped me out last winter when I had a long 'bout with sciatica. Most definitely it is a whole village which has created this album. Thank you, thank you, thank you all!
Winter 2012 ~ Come Yet Again mega-session
18 Bodies,Voices Spirit members added their voices to this song. What a
joyfilled day that was! This brings the total number of singers on this song to about 25! (Photos of this session were taken by Margie Dingman. Thanks Margie!  You can see some more of the chorista singers further down on this page at the rehearsal earlier in the winter.)


Thank you all for adding your beautiful voics and spirits to this song. And thank you Jerry Brown, for managing to not lose any of the 34 tracks we recorded on this song, while somehow continuing to smile!  Namaste all!

We spent some time this fall adding Shana and Emi's beautiful soprano voices to Rain Prayer and rehearsing with 18 Bodies, Voices and Spirit Chorus members who will add their voices to the songs Come Yet Again in January.  Many thanks to Emi for the studio photos, and to Diantha Rau for the photos of the rehearsal in my house.

April & June 2011 ~ Harmony In Real Time
The 17 musicians on this album have donated all of their rehearsal and studio time and  are a pure delight to play with.  My heart is full of gratitude for their friendship and beautiful music. 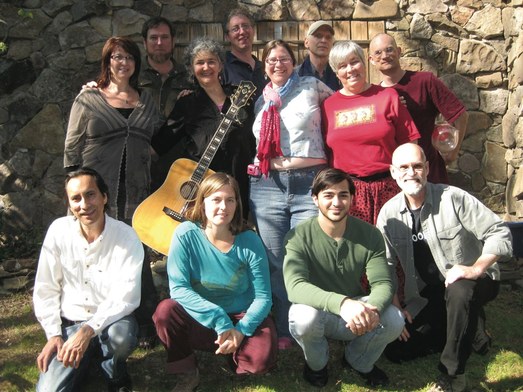 Our Village of Musicians

One thing I have always wanted to have on an album is a recording of the wonderful experience that happens when a group of people sing together, harmonizing and creating in real time.  Our awesome singers, Lauren, Sheila, Nick, Ron, Jude, Leah, Billy, Donovan, Bobbie and Diantha made my dream come true. We improvised as we sang, and the joy of spontaneous group singing is alive in these recordings. I hope that when the album is mixed and mastered you will be inspired to sing along with us!


Also, I want to thank the musicians and singers for their amazing stamina.  An example of this happened late on a Sunday afternoon, after we had been recording for two days straight, and after all the songs we had rehearsed were recorded. In a wild moment of glee, I took everyone outdoors in the sweet North Carolina April sunshine and asked if they would stay to do one more song.  In generous and friendly good spirits they all said, "Yes!"  I taught them the chorus to "One Day The Barn Fell Down", and we recorded it, laughing all the way.

Many thanks to Ron Moss and Raymond Smith for the photos from this session.

Each morning during our first weekend in the studio, we chanted the Buddhist Mani prayer for the awakening of all beings. We played a little Qi Kung before we recorded, and we meditated together one afternoon during a break. These are things I've never done in a sound studio before!   It's beautiful to be surrounded and supported by such commitment to Love. Many thanks to Emily Smith and Raymond Smith for the photos from this session.